I've dabbled and tinkered with pretty much everything I was able to touch: Music, writing, drawing, painting, woodworking, and most importantly - computing.

I still look back fondly to the days where I discovered that I can copy code from the internet that makes my computer open an empty window. Absolutely magical.

Let there be light cmd.exe

My first introduction to 'code' was when I found documents showing how to issue a timed shutdown command because I was interested in running something over night. Sure, there are countless graphical programs that can do just that, but curiosity got the better of me and I tried entering text into this weird and foreign black window. 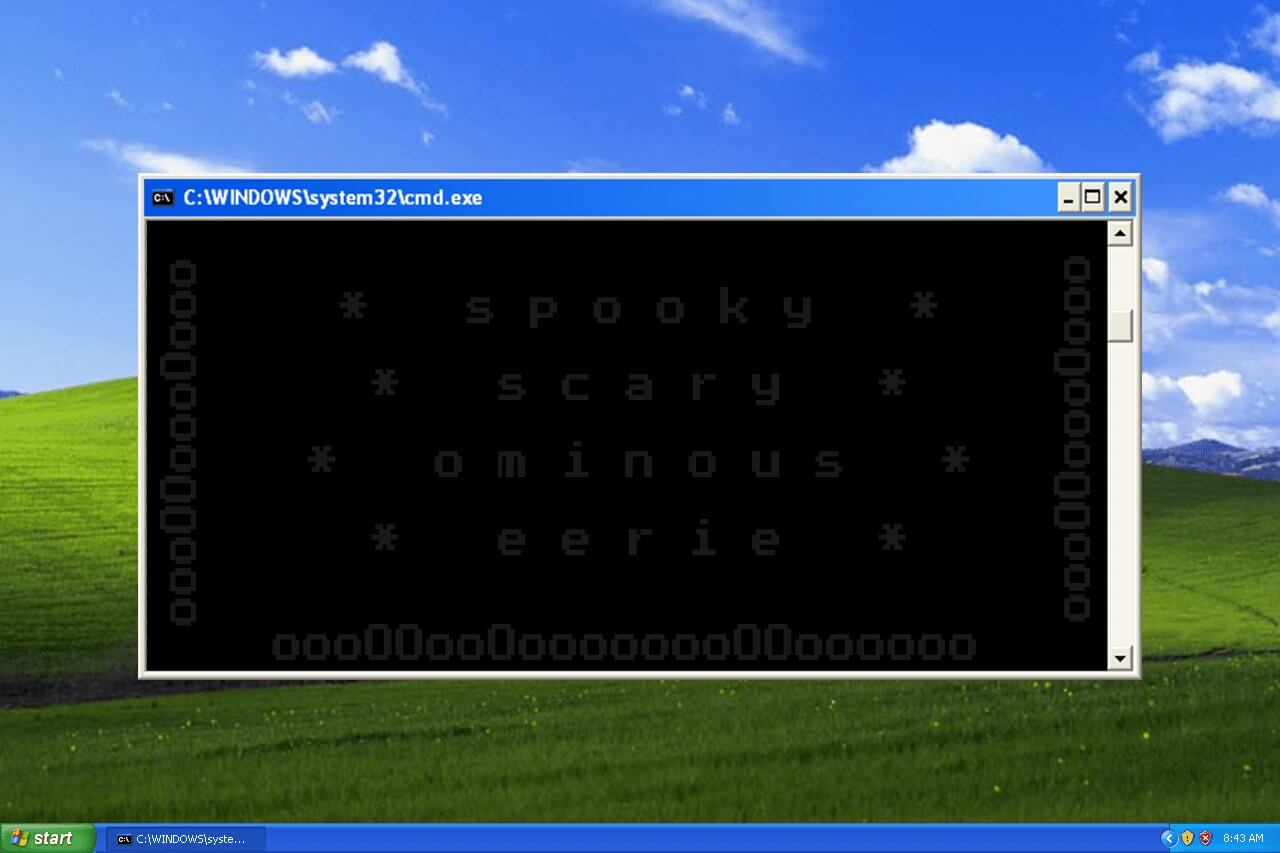 "Wow, this 'text' can do.. stuff!", I thought to myself completely amazed.

Keep in mind that I was absolutely oblivious as to how or why this worked, I was only around 10 years old. I didn't grasp the concept of issuing commands. In my child-mind I just 'talked' to the computer and it so happens to somehow shut down if I paste this random sentence into a black confusing window. Like I said: Magic.

Then I learned that I can save this 'text' to a .bat-file in order to execute it without needing to paste the 'text' into the black window. "Oh my, the possibilities are endless!", I thought and created approximately 100 shutdown-files because this was all I knew how to do.

After the inception of video services like Google Video (later YouTube) I got hooked on tutorial videos. I could simply write down the exact same text that these people write and it makes my computer do.. stuff.

I created several dozens of 'viruses' that pop open annoying alerts, shut the computer forcefully down and generally annoy the user. Well, by user I mean only myself, since I had noone to distribute the files to. My favourite was the cmd fork bomb that opens up an infinite amount of windows until the computer is completely unresponsive. Ahhh, good ol' times.